Michael Garman’s Magic Town is a 3,000 square-foot miniature city that combines hundreds of intricately detailed sculptures and cityscapes with magical elements to create one of the world’s truly unique attractions.

“It’s a gigantic playground for the mind,” says its creator, Michael Garman. “Part carnival, part dollhouse, part sculpture.” This 3,000 square-foot miniature city was inspired by Garman’s own experiences as a vagabond in the 1950s and 60s. “These are snapshots of my time in Buenos Aires, Santiago, San Francisco, Dallas, and Philadelphia,” Garman explains. “It took me over a million dollars and parts of four decades to pull it from my mind and get the thing built.”

Located in the historic district of Old Colorado City, Magic Town is a 1/6th scale miniaturized urban neighborhood, complete with dozens of handcrafted buildings, alleyways, and sidewalk scenes that transform before your very eyes. As you look down an alleyway and see the lights dim, notice how the sculptures seem to have moved and an entire new scene magically appears. Holograms heckle you as you pass by, and other visual and sound effects work to transport you into the stories that are revealed in each window and around every corner.

Michael Garman began constructing Magic Town in 1975, and has been adding on to it ever since. He describes it as a “gritty Americana.” He blends humor and honesty to portray a world as familiar as any big-city neighborhood.

Discounts available for Students, Military, and First Responders with ID.

Group Rates available for parties of 20 or more, please email sales@michaelgarman.com or call 719-471-9391 to learn more.

Fun for the entire family! 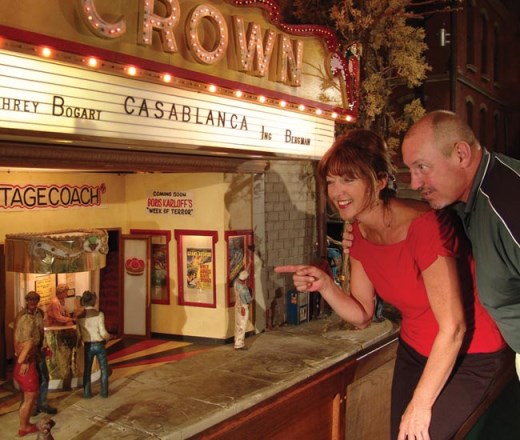 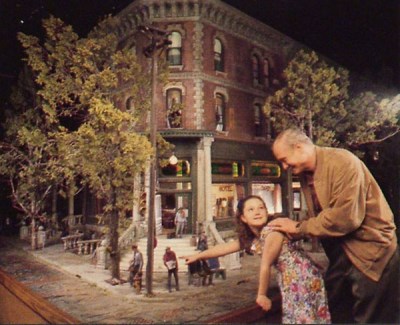 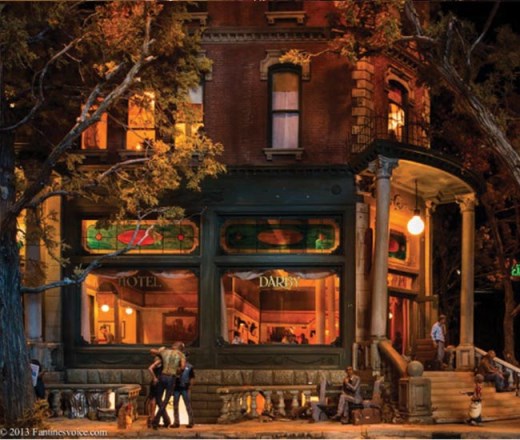 Take a virtual tour of Magic Town, or join Michael Garman in this 4-minute video presentation. 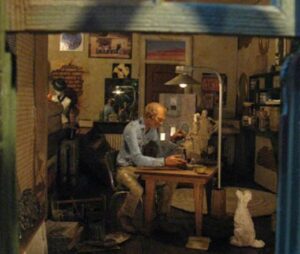 Spy on Michael Garman in his San Francisco Studio, circa 1969, as he perfects his sculpting style.

You can always find someone to lend a helping hand.

The boys enjoy their morning coffee in Magic Town. 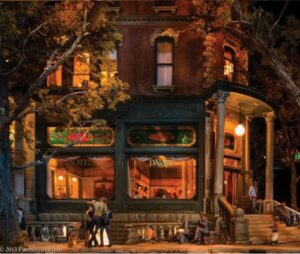 Stop by the Darby Hotel in Magic Town. 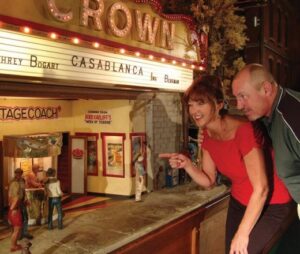 The Crown Theater features fresh popcorn, a 24-hour showing of Casablanca and a hologram gossiping about her love life.

In Magic Town you can visit a recreation of Michael Garman’s San Francisco Studio.

Put a nickle in the jukebox while waiting to rack-em up.

Join us in October for spooky Halloween fun in Magic Town.

Join us November through December for Christmas in Magic Town.